Apologies for the really long period of down time, life unfortunately has a real nasty habit of getting in the way at times. Looking forward to a kinder, more productive 2019.

Plus with the original software I used to create it no longer being updated and the knock on effect is that it's going to need a full rewrite.

I'm not able to just simply convert adlengine because of its complexity, so I have slowly been recreating the engine entirely in Construct 3. Which will become adlengine 2.

The engine will to the most part mirror across, and I will do my best to ensure the map files etc don't change (too much). Worse case I'll write an editor to convert the maps over to the new format.

The aim is to replace the existing engine entirely. Plus to make a distributable player version of the engine available which can be used to distribute your games to windows (and potentially mac / linux).

I will be placing a lot more emphasis on the learning side of it, plus will be working hard to ensure it has some example games to play / edit.

Thank you for your support.

Image shown is a brief snapshot of the new engine so far. 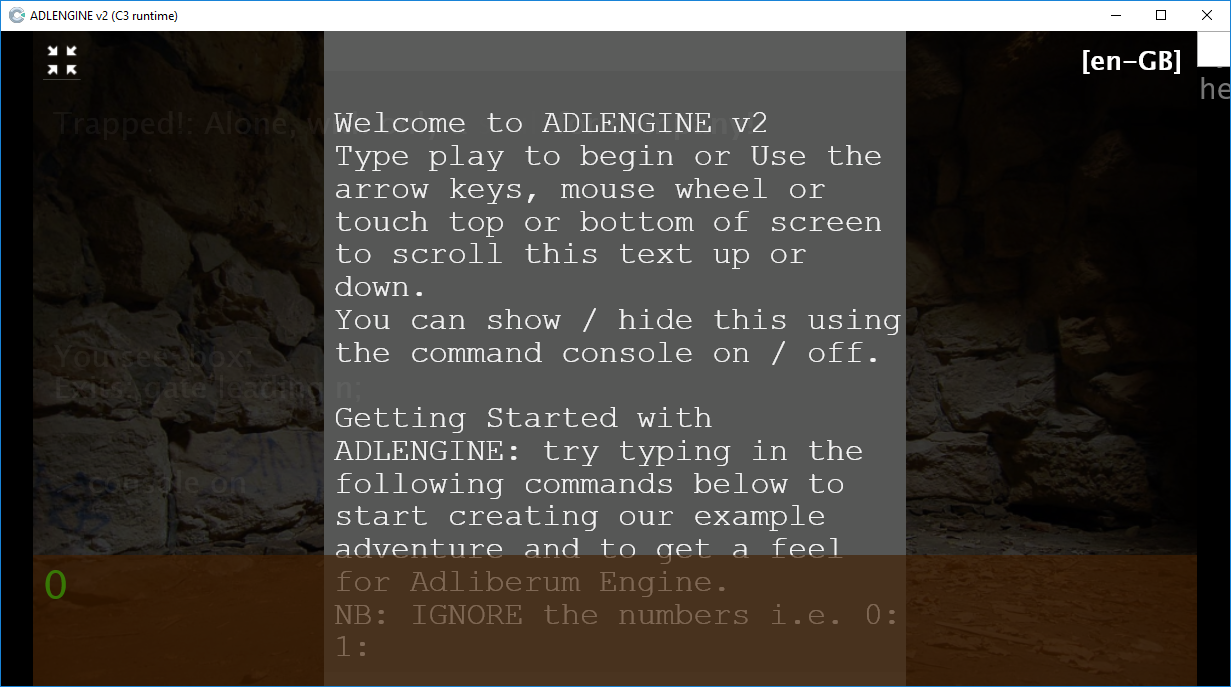 No longer in development.